he coming competition between pipelines and shuttle tankers on export in the these same remote ultra deep waters of the GoM, and what this may mean in the next two years is discussed in a presentation at Deep Oil Technology (DOT) in New Orleans in February 2009:, it stirred a friendly debate between the protagonists of the different transportation modes in a reception afterwards. 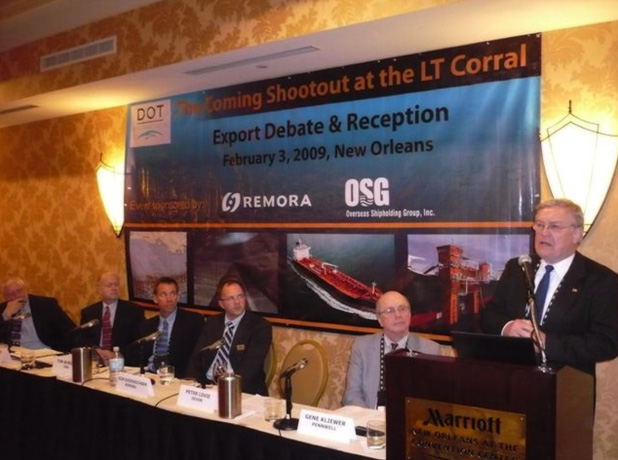 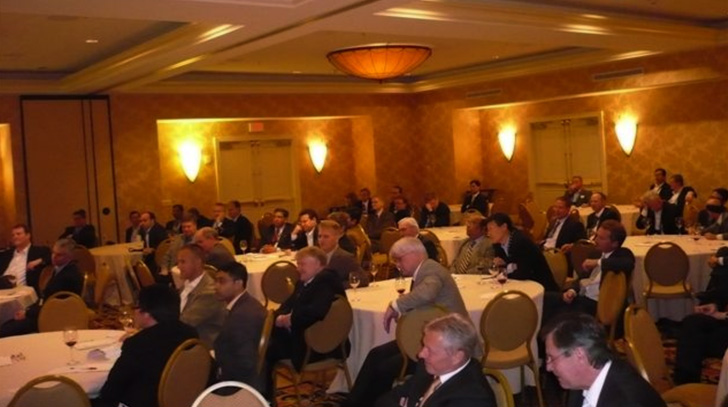 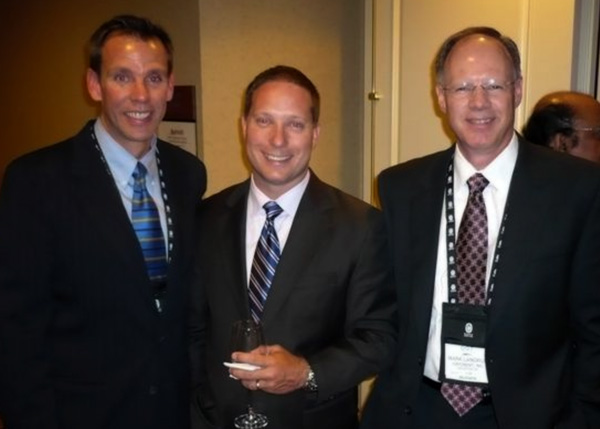 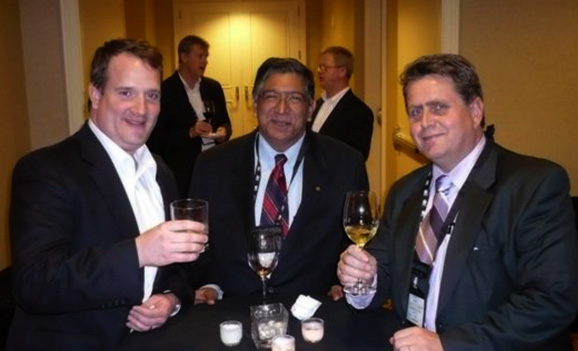 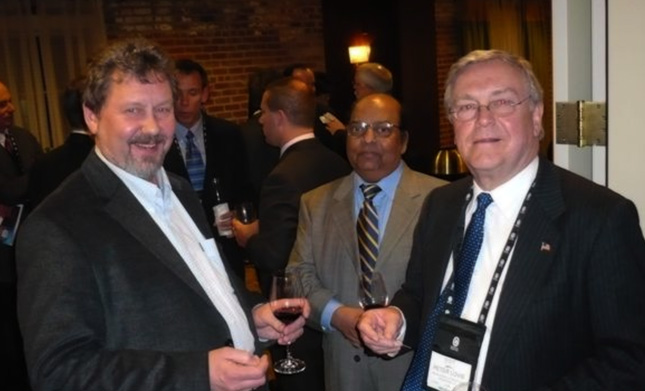 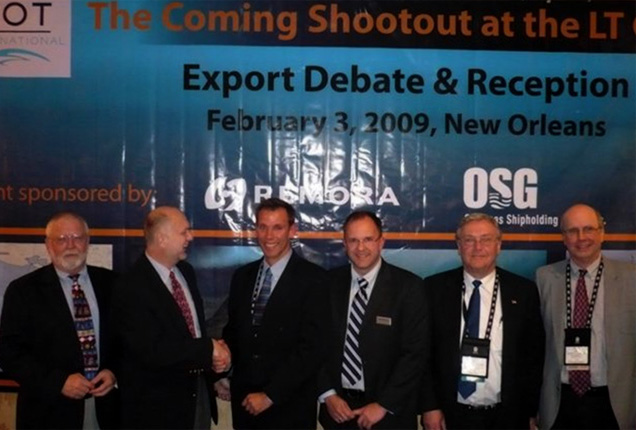 The Lower Tertiary Trend in GoM:

Scene of the future "Shoot out at the LT Corral" 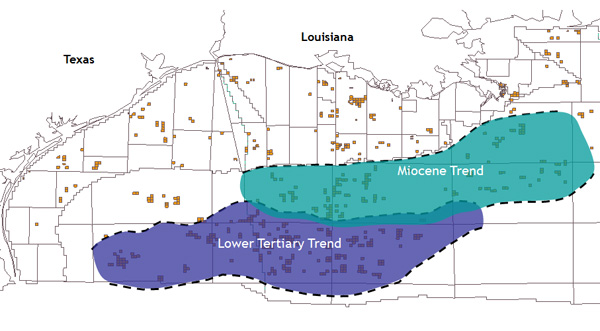 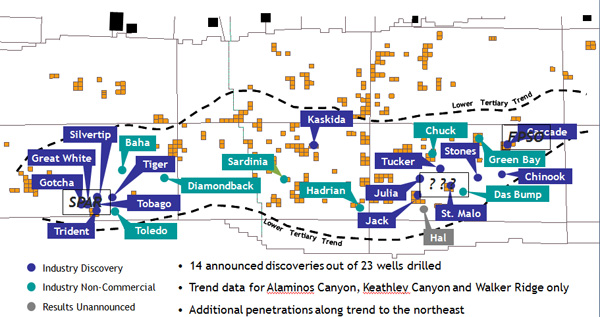 Not a traditional line up for a frontier 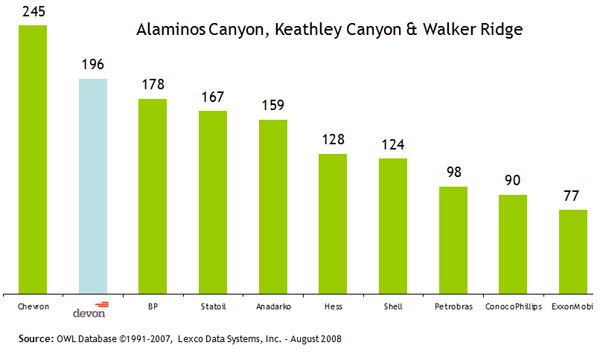 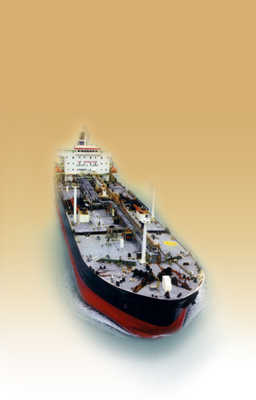